I don't like diesel engines. They stink, vibrate and sound like a tractor. The C6 has a particulate filter and hydraulic engine mounts, so that's the stink and the vibration taken care of. Although not has loud and rattly as a 4 cylinder engine, the V6 on the C6 still has a tractor noise when cold at idle.

I didn't have the idea to deaden the car, so I removed the engine cover as it was easier and added Dynamat Extreme under the original sound proofing on the engine cover just to attenuate the noise.

I added as much Dynamat as I could only under the original sound proofing so it would look stock when removed.

After adding Dynamat Extreme the original sound proofing was put back in place, making sure no Dynamat was visible.

I could already hear some differences. Before doing this I measured the noise levels at idle with my phone, It was 46dB and now oscillates between 45 and 46dB. Doesn't seem like it, but it's a big difference. When revving the engine the noise is also very muffled now, but I'm sure something more can be done. 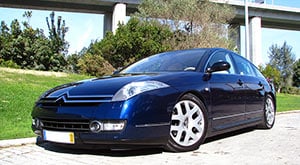 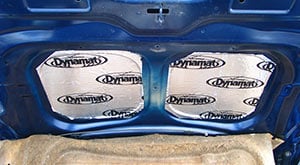 Adding Dynamat to the bonnet